My Mom and Dad were as close as one could come to an African American version of Archie and Edith Bunker.  They were dear darling precious people gone way to soon.  Mom died at age 64, Dad several years later when he was 69. He just died because she did.  They were that close.

We were an extremely close-knit micro-nuclear family.  We could have hosted our entire extended family reunion in a small den, and  there would have still been plenty of room for everyone and a guest. Both Mom and Dad worked at very challenging jobs, Mom came home cooked great meals, watched her favorite TV shows, ironed clothes, packed lunches and did it all again the next day from age 20 till she died.

I often asked if she had any big dreams and visions and hobbies that she wanted to pursue — some really fun things she wanted.  “Sure,” she said,  “one day I’mmina get my real estate license, maybe quit the job and come home.”

I frequently pestered her about these her dreams and passions and she always pacified me with an “I’mmina” story.  She was always trying to give me some sort of response because she felt guilty that I looked so disappointed in her tiny visions for her future.  One day she laid it on the line and told me that ‘ no’  she did not have any visions for the future.  She was perfectly happy just the way things were.

“In all honesty,” she said, “when I was a child  I wanted to grow up marry a handsome man, live in a nice house and have a baby and guess what? — I did it!!!”   She meant it from the bottom of her heart, and I could see it.  Her life fully reflected her mission in life.  She was self-actualized at 21.

Suddenly I was almost jealous; not because she had so many wonderful things but because she was so happy and appreciative of what she did have.  She had perfect attendance at work and got bonuses for her efforts. She was never sick until her she got a terminal diagnosis of ovarian cancer, and even then she flabbergasted her doctors by living on with the condition for nearly  7 years after they had given her 2 months.  I learned a lot from her.  I am still learning a lot from her even as I  rapidly approach an age where her life had already ended.  I am still wondering who I will be when I grow up and whether I will go back to school and get my Ph.D. in Sociology and whether there is another prince charming in my future.

I had at least 50 dreams for every one of hers but, it really isn’t about quantity it’s about I’mmina.

Now I am going to ask you about your I’mmina.   What are you going to seriously commit to?  What are your intentions.?   I guess one could say that, “by their fruits you shall know their dreams.”    You can see what some people dream.  It shows.

The Law is the Law.  It works like gravity — you jump out of a tree you fall to the ground, just like an apple.  I am really passionate about helping people discover their dreams and find their passions. Even Mom.  I knew it when she had shared her truth.  The day she died, in her sleep, pain-free and happy,  she was still being a great wife and mother.  I rested easy for years after she died, knowing that she had done what she came her to do.

I cannot rest until I help people achieve the life of their dreams.  Sometimes those dreams seem limiting to me —  I can see a bigger vision for the person than they see for themselves. My bottom line is I really want for you what you want for you and I do not leave any stone unturned until I help you get it.

Some dreams are quite unusual. God has placed in my path many people who have a chronic illness and terminal conditions. Without always realizing it I have helped people complete a long-held dream before the end of their lives.  In one case the dream was to be reunited with estranged family members and love again;  in another it made their transition, pain-free surrounded by friends and family  ( I have had quite a few of those) and my favorite was to get 2 books finished and published.

None of these people knew when their end would come, and we were not striving to meet any kind of deadline  (please forgive the pun).   We were looking at dreams and following their passions and seeing where their dreams would lead them. In case you are wondering,  I also have many living success stories of dramatic business expansions, new relationships, financial abundance,  new homes and property, lots of unexpected income and improved health conditions and I know that there are a more in my future. 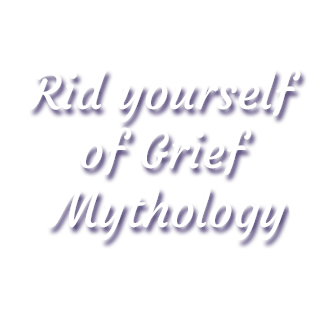